Getting paid: How to accept payments online

Which payment gateway is right for you? So, you’re going to sell online.

Good idea: Australians spent 19.2 Billion Dollars on online retail in 2015, and all signs point to this trend continuing. If you’re going to get into the game, though, there’s something you need to think about: what payment gateway(s) are you going to use?

(If you have no idea what I’m talking about right now, you might want to check out How do I accept payments online? before reading the rest of this post. If all you want is the skinny, though, it’s this: a payment gateway is a service that your customers can use to give you money online – securely, safely and instantaneously. Paypal is one you’ve likely heard of before, but there are many others.)

“Wait a minute”, you might be saying. “These payment gateways sound pretty good. Can I have more than one?” And the answer is a resounding yes. The more the merrier! Many companies offer multiple payment options so that users can choose the one they’re most comfortable with.

It can be a little frustrating if users keep choosing the one with the worst rate of return for you, but think about it like this: a slightly-less profitable sale is still better than no sale, right?

There are many, many payment gateways out there. Seriously: dozens! Some are world-famous, leaders in their field. Others are small but powerful, with a dedicated fanbase. Others are two-bit operations based somewhere in Eastern Europe (before you ask: NO, DON’T USE THOSE ONES.)

Others are so new that no one’s even heard of them yet, and they’re a special case. Even though they could well become the Next Big Thing(™), I NEVER recommend using them. Obscure is good if you’re an indie band or a Melbourne cafe, but it is death to a payment gateway. You need to go with someone that has been around long enough to develop a reputation for usability, security and reliability. Someone you’ve heard of, or at least whose customers you’ve heard of. Someone you can trust.

Lucky for you, I’ve narrowed it down to the top three contenders: Paypal, eWay and Stripe. Let’s break them down:

– nope, Technology Matters isn’t affiliated with any of these companies. We have used each of them extensively for many years, though, and have had many dealings with their sales staff, support staff, and customers. My only vested interest here is working with a product that won’t give me too many headaches.

Paypal is very fast and easy to use, and has amazing brand recognition. Customers love it because they don’t need to have an account if they don’t want one, and it is easy to get refunds. It’s everywhere you look, and using it is a great way to tell your users that you’re legitimate and safe to use.

Paypal takes a pretty hefty percentage of all transactions. As payment gateways go, it’s most likely going to give you the worst rate of return. Additionally, the upshot of their eagerness to grant refunds is that sellers invariably deal with a lot of them. Paypal is notorious for siding with buyers over merchants, meaning that you may occasionally get your funds frozen, your payments refunded, or even your account temporarily suspended while Paypal investigates a claim. I’m sure it will all get sorted out eventually, but it’s a pain.

You may not have heard of eWay before, but it is a very, very popular payment gateway among those who know. It’s based here in Australia, which is a plus for me because a) I like to support the locals, and b) their support team is awake when I am. Their prices are consistently better than Paypal, too, and they’re not as quick to suspend an account if a client makes a complaint.

They’re just not as well known as Paypal among the general populace. It can take a while to set yourself up a merchant account, too, unless you link it with an NAB bank account. Finally, it doesn’t have built-in integration for every piece of software out there, but we at Technology Matters have worked hard to pull together a great range of software that uses it.

Stripe is the new kid on the block. They only opened their doors in 2011, but have been steadily gaining ground in the industry. The system’s major claims to fame are its prices, its openness to developers (like us!), and the ease with which it handles multi-currency vendor accounts. If you’re trading in multiple currencies (rather than converting prices on your website), or you’ve got a unique, never-before-seen system in mind, it sounds like you need Stripe.

As I complained about earlier, it’s new. It doesn’t have much brand recognition, although those that use it love it. It also don’t have as great a range of integrated systems as Paypal and eWay (but we’re working on it!)

The biggest stumbling block for Stripe, though, is how long it takes to release your funds. While Paypal and eWay have the infrastructure and processes – and fluid income! – to take a risk on clearing funds instantaneously – Stripe takes 2 days to clear a transfer before depositing the money in your account. For some “higher-risk industries”, the period blows out to 7 days. It’s not necessarily the end of the world, but it’s a hassle.

So, which one is best?

Let me be up front: there isn’t a single “best” payment gateway. Like so many things in life, it is less a question of “which is best” than “which is best for me?” That being said, if you’re an Australian business:

At the end of the day, though, it’s your call. Take a look at their payment plans. Talk to us about what software your site will use and which payment system best integrates with it. Think about your customers and what kind of people they are – are they early adopters? Are they tech-savvy, or not so much? Will they provide you enough business that you can handle a 2-day wait for funds?

Once you’ve made your mind up, it’s time to start getting paid! See my blog post How do I take payments online? for more how-to’s on setting up your online business, and like us on Facebook to read more in this series as they come. 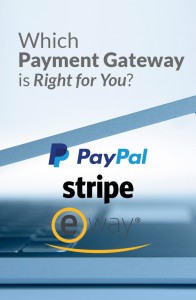 Nathan has been involved in nearly every aspect of web development for 12 years – from scoping to design, and coding to copywriting. He oversees Technology Matters' Association Suite, bringing together a range of services catered to professional associations. 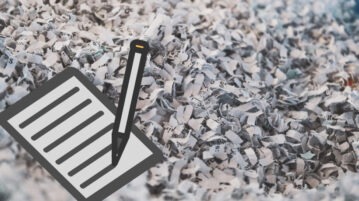